A flatbread is a type of bread that is made with salt, water, and flour. It is rolled into a flattened dough and is baked or heated. The thickness of the flatbread you eat depends on the cuisine it’s from. Naan, a type of flatbread is known to be around 1 cm thick, and rumali […]

A flatbread is a type of bread that is made with salt, water, and flour. It is rolled into a flattened dough and is baked or heated. The thickness of the flatbread you eat depends on the cuisine it’s from. Naan, a type of flatbread is known to be around 1 cm thick, and rumali chapatti is known to be very thin.
Considered as one of the simplest types of bread, flatbread actually represents a lot of culture and history with them. May they be used for tacos and curries, flatbreads were made to go with any type of meal.

Here are 5 Best Flatbread Varieties You Should Try:

Mostly found in India, Bangladesh, Sri Lanka, East Africa, Caribbean, Nepal, and Pakistan, chapatis are similar with roti. Chapatis are slightly thicker and saltier than the rotis. Depending on where you’re from, chapatis are usually used as meat or vegetable wraps, and for stews, soups, and curries. The Chapati was invented in India.

Naan is a type of flatbread that is baked in Gas Certified Tandoor Company Canada. The naan bread is mostly found in the cuisines of Central Asia, West Asia, Southeast Asia, and the Caribbean.
The naan bread is a soft type of flatbread that is baked in the scorching heat that is raging inside tandoor ovens. Naan breads are mostly paired with gravy dishes from Asian countries. Many Arab countries use naans with kebabs.

Pitta or Pita is a yeast-leavened round flatbread that is baked from wheat flour. This type of flatbread is mostly found in Southern India, the Middle East, and the Mediterranean.
The pita is a round flatbread that is really thick. This is because of the yeast that is added in it. Mostly, pitas are used to stuff vegetables, meat, and curry dishes. A lot of Middle Eastern countries pair pita with kebabs and other local dishes.

Roti is a round flatbread that is mostly found in Pakistan, Sri Lanka, India, Nepal, Singapore, Bangladesh, Malaysia, Maldives, Somalia, and Indonesia. Roti is made out of wholemeal flour, which is called as atta, and water.
Roti is heated on a tava, which is a flat griddle. Traditionally, people use rotis with curry, meat, and vegetable dishes.

Mostly found in North America, Central America, Guatemala, and Mexico, the tortilla is an unleavened flatbread that is made from hominy.
Tortillas in America and Mexico are made from a special type of maize flour that is treated with an alkaline solution and has been dehulled. Tortillas are mostly used in Mexican foods, tacos, burritos, and fajitas.

If you want to buy a Fully Assembled Ready to Use Tandoor Canada, call Mainra Traders now, and order your fully assembled tandoor! 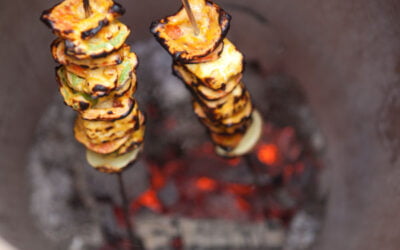 Everything You Need To Know About Tandoors